A Case Study in Iran 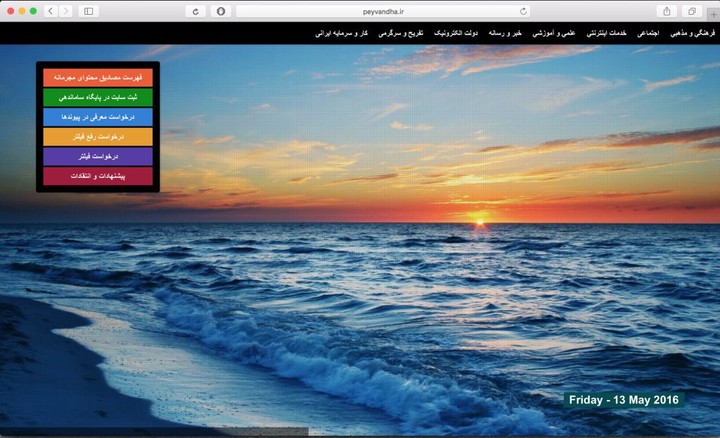 Figure 1. peyvandha.ir, the website embedded inside the default blockpage in Iran

In May of 2016, ICLab in collaboration with Smallmedia UK, conducted a case-study of censorship on 7 URLs in Iran to determine if they are blocked, and if so, what methods were used to block access to these URLs.

Small Media is a London-based action lab, providing digital research, training and advocacy solutions to support the work of civil society actors that provides assistance to at-risk communities globally. This report explains the results of our study. You can find the full version of the report here.

Censorship experiments were conducted on 6 URLs that were run on four vantage points running ICLab software. These vantage points are located in 3 Autonomous Systems (AS) inside Iran: 2 in AS 48434 (Tebyan-e-Noor Cultural-Artistic Institute), and one in each of AS 16322 (Pars Online PSJ) and AS 42337 (Respina Networks & Beyond PJSC).

We collected data from the above ICLab vantage points in the field and analyzed them to identify information controls and censorship. For the case of website blocking detection, we have automated “page-view” queries run on our vantage points that try to load websites while collecting measurement data. This data is sent back to the centralized system to identify anomalies and known blocking methods (e.g. blockages, DNS injection).

The URLs tested are:

These URLs were selected because the subject matter they cover suggest that they might be filtered, or because we have heard claims on social media, in blogs, and on news reports that the sites might be filtered. Below is a brief description of each website and a short explanation of why we thought it was worth testing.

We observe different results between vantage points for the URL https://jensiat.io:

We observe that Iran’s censorship apparatus does not support requests sent using TLS encryption (i.e. URLs that begin with HTTPS); when a user attempts to initiate the TLS session it receives a connection refused error. This means that HTTPS websites that are redirected to this address will be blocked, and will not show anything (not even a blockpage).

It is worth noting here that because the website uses HTTPS, the redirect does not work and results in an error. Thus, access is blocked, but no blockpage is shown. The result in this case (i.e. the website is inaccessible) is the same as in the case above, but the censorship method is different. Whereas in the case above access was blocked using DNS tampering (which rerouted the user to the blockpage), in this case access is blocked using packet injection (which prompted the connection to fail and left the user with an error message rather than the blockpage). The process of this packet injection is discussed in more detail below.

Below we show the error observed when we attempt to access https://jensiat.io from our vantage point in AS 42337 (Respina Networks & Beyond PJSC). The connection ends erroneously and it is flagged that an “unexpected TLS packet was received”.

However, upon looking at the packet capture taken during this same session, we can see that this “unexpected TLS packet’’ was actually Iran’s standard blockpage (with an iframe tag pointing at 10.10.34.36, the local IP address for the blockpage):

The table below indicates whether or not a given URL was accessible from each vantage point, and if not, which censorship method was used to block access.

Are there any tentative conclusions we can draw about the broader implications of the censorship methods we’ve observed here? In particular, is there any noteworthy difference between packet injection, DNS tampering, and TLS connection errors vis-a-vis ease of circumvention?

DNS manipulation is one of the older forms of censorship that is easier to circumvent than the other two methods discussed below. Using encrypted DNS solutions easily obviates this attempt at information control, because if the censors can’t decrypt DNS queries, they won’t know when users are trying to access forbidden content.

HTTP blockpage injection – which looks inside each HTTP request to find blocked hostnames and injects a blockpage in response if it finds one – is more difficult to circumvent. This is because changing (or removing) the “Host” name in the request will result in an error on the server-side since most websites are hosted on shared servers and, without a proper Host header, the server won’t serve you the webpage you were looking for.

Websites that use HTTPS (HTTP over TLS) are among the most difficult for the authorities to block, since there’s no way to inject anything into an encrypted and authenticated connection without breaking the connection. Moreover, since TLS sites are also hosted on shared servers, blocking at the IP level will have collateral damage (all other websites hosted on the same IP will be blocked).

Iran previously implemented IP-level blocking for censored TLS websites, but it seems like they are now looking at SNIs as well. SNI (Server Name Indication) is a non-encrypted (cleartext) part of the TLS handshake protocol that tells the TLS server which Hostname should be contacted. Since SNI is not encrypted, the censor can see and act upon it (e.g. block communication). In the case of jensiat,io, the censors appear to be injecting a non-encrypted HTTP response, that causes the TLS connection to end in error.

Who is responsible for censorship?

Recent comments from ICT minister Mahmoud Vaezi suggested that Iran was looking into modifying its censorship methods, which were previously applied at the international gateway. In a previous report, we speculated that Iran was seeking to roll its censorship system back to the model of the early 2000s, where each ISP is responsible for blocking specific services and content.

However, the results of the present study suggest some centralised control of the administration of internet censorship in Iran. Evidence for this interpretation can be found in the TTL (time to live) values of injected packets.

TTL is an upper limit on the number of hops a data packet can take in a computer network. It is initially set by the sender of a packet, and reduced by one at each hop the packet takes en route to its destination. So if a packet has an initial TTL value of 64, and it is sent to a destination 8 hops away, the TTL value will be 56 once the packet reaches its destination. In other words, the more hops a packet takes in a network, the lower the TTL value becomes, meaning that the lower the TTL value, the greater the distance between sender and recipient of a packet in a network.

Different machines set different initial TTL values (it’s usually a power of 2: 32, 64,128 etc.). So if we receive a packet with a TTL value of 50, we can guess that the initial TTL value set by the sender of the packet was the closest (larger) power of two (64). We then subtract the TTL value of the packet we received (50) from the estimated initial value (64) to guess the number of hops the packet has taken to reach us (64 – 50 = 14 hops). This value, known as the TTL difference, allows us to conclude that the server is approximately 14 hops away from the client (us).

Now, we compare the TTL difference (i.e. the number of hops taken) by the first packet (14) to the TTL difference of the injected packets (5). The difference (14 – 5 = 9 hops) is pretty significant, indicating that the distance between us and the source of the injected packets (i.e. 5 hops) is shorter than the distance between us and the server (14 hops). In other words, the censoring middlebox injecting the packets that lead to the blockpage sits between the client and the server.

So we can now roughly map the distances between the client, the packet injecting middlebox, and the server.

The location of the middlebox vis-a-vis the client and server tells us two interesting things. First, the distance between the middlebox and the server (9 hops) helps us confirm that it is a censor. If the middlebox were close to the server, say just one hop away, then it’s possible that that middlebox could simply be a load balancer, which is legitimate. The fact that is it much further away in this case raises a red flag, which helps corroborate other pieces of evidence of censorship (e.g. the injected packets leading to the blockpage).

We can now be reasonably confident that censorship is taking place. The second piece of information that can be gleaned from the location of the middlebox is the level at which the censor operates. This is suggested by the distance between the client and the middlebox (5 hops, in the example above). If the distance were 1 or 2 hops, we could surmise that the censor was close to the client, perhaps operating at the ISP level. Since in the example above it is a bit further than that, we can assume that the censor is operating at a higher level than ISP.

To return to the present study, the TTL differences we observed for the packets injected by the censor were lower than the TTL differences for other packets (indicating the intervention of a censoring middlebox that is pretty far away from the server). However, the TTL differences were not so low as to imply that the censor was operating at the ISP level (note the TTL anomalies in the results pages here, here, here, and here). Taken together, this evidence suggests that it is more likely that the blocking is done by a centralized country-wide censorship apparatus than it being the responsibility of individual ISPs. However, further research would be needed to confirm this tentative conclusion.

This study has sought to investigate the accessibility of six websites from several vantages points in Iran. In the cases of http://www.bbc.com/persian and http://persian.euronews.com/, access was blocked from all the vantage points we tested. Yet in others, results were more mixed. For example, Jensiat.io was accessible from one AS, and blocked from the other two (using two different censorship methods). The most common blocking methods we have seen in this report are DNS manipulation, packet injection, and TLS connection errors.

This study has been narrow in scope, only examining 6 URLs. However, we have discovered a number of difference censorship methods, and some variation in accessibility among the different vantage points. Future research could examine the extent to which Iranian authorities prefer each censorship method, as well as the question of who is ultimately responsible the implementation of internet filtering. 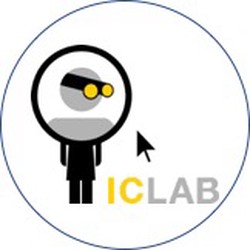